The EOLSS Body Of Knowledge

"Knowledge For Our Times"

Knowledge is dynamic. It grows and evolves according to the needs of human society. In the past, different civilizations categorized knowledge to suit the cultural paradigm of their times.

A key focus of the present time, and an area demanding much further investigation, is the relationship between humans and nature. Sciences must be our guide in this endeavor, but history too can teach us important lessons of co-existence with our environment. To date, education and the media have only succeeded in fostering a culture characterized by narrow vested interests, intolerance and violence. There must be a fundamental change in education, creating the desire for proactive environmental protection and respect for human dignity and rights, as the two are mutually empowering.

The EOLSS body of knowledge is inspired by a vision that includes the following paradigm: The sciences should be at the service of humanity as a whole, and should contribute to providing everyone with a deeper understanding of nature and society, a better quality of life and a sustainable and healthy environment for present and future generations.

In early May 1996, 450 scientists, engineers, and policy makers from many countries were invited to the Bahamas to participate in defining the EOLSS body of knowledge. The Bahamas Workshop was the culmination of international collaborative efforts to generate a detailed list of contents and achieve a global consensus and acceptance of its structure.

The Bahamas Workshop followed several smaller workshops that had been held earlier in 1996: in Washington DC (January 25-28), Tokyo (March 7-8), Moscow (March 13-15), Mexico City (March 28-29), and Beijing (March 29-31). In addition, a team of scientists from the French Academy of Sciences provided an assessment and recommendations. These earlier meetings and the Bahamas Workshop were devoted not only to the overall philosophy and scope of the EOLSS, but also to identifying in-depth coverage of specific issues.

The results from Bahamas workshop were reviewed by invited specialist teams of experts in USA, Japan, Russia and China in collaboration with additional meetings: August 1996 Panama, Regional Committee for South and Central America; September 1996 Abu Sultan, Egypt Regional Committee for Africa and the Middle East; March 1997 Kuala Lumpur, Asian Regional Committee, to complete and unify the list of contents.

The EOLSS House of knowledge is shown in Figure 3. The body of knowledge has been defined in terms units called Themes. The hierarchy of contributions themes is shown in Figure 4. There are a few exceptions: themes under Regional Reviews extend only to the Topic Level. A theme has three distinctive levels of writings: Theme Level, Topic Level and Article Level, with an increasing depth of specialization. 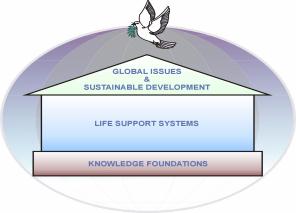 Figure 4: Hierarchical structure of the EOLSS body of knowledge