Global Crisis And Sustainable Development: The Inspiration For The EOLSS

At present, as never before, the future of life on our planet has become a matter of great concern. We are confronted with several warnings emphasizing the growing fragility of the Earth's life support systems. For example, on November 18, 1992, some of the World's senior scientists from 70 countries, including 102 of the living scientists who are Nobel Laureates, signed and sent an urgent warning to government leaders of all nations as part of the United Nations Conference on Environment and Development (the "Earth Summit") held in Rio de Janeiro, Brazil. According to this warning:

"The environment is suffering critical stress.... Our massive tampering with the world's interdependent web of life - coupled with the environmental damage which is inflicted by deforestation, species loss, and climate change - could trigger widespread adverse effects, including unpredictable collapses of critical biological systems whose interactions and dynamics we only imperfectly understand. Uncertainty over the extent of these effects cannot excuse complacency or delay in facing the threats.

No more than one or a few decades remain before the chance to avert the threats we now confront will be lost and the prospects for humanity immeasurably diminished....

A great change in the stewardship of the Earth and the life on it is required, if vast human misery is to be avoided and our global home on this planet is not to be irretrievably mutilated.... Acting on this recognition is not altruism, but enlightened self-interest. Whether industrialized or not, we all have one lifeboat. No nation can escape injury when global biological systems are damaged. No nations can escape from conflicts over increasingly scarce resources. In addition, environmental and economic instabilities will cause mass migrations with incalculable consequences for developed and underdeveloped nations alike...."

"A new ethic is required - a new responsibility for caring for ourselves and for the Earth. We must recognise the Earth's limited capacity to provide for us.... We must no longer allow it to be ravaged. This ethic must motivate a great movement, convincing reluctant leaders and reluctant governments and reluctant peoples themselves to effect the needed changes."

The Talloires Declaration of October 1990, by the Association of University Leaders for a Sustainable Future, was a significant forerunner to the Earth Summit held in Rio de Janeiro in 1992. The declaration of the latter, endorsed by governments of most of the world's nation states, was the most prominent among the many documents that highlight the impending crisis. The Rio summit was followed by several other events which include: the Global Conference on Sustainable Development of Small Island Developing States, Barbados, 1994; the International Conference on Population and Development, Cairo, 1994; the World Summit on Social Development, Copenhagen, 1995; the Fourth World Conference on Women, Beijing, 1995; the Second UN Conference on Human Settlements, Habitat II, Istanbul, 1996; and other non-UN forums. All these, and many other events, have raised awareness and contributed to the concept of sustainable development.

It will be useful to recall Agenda 21 of the Earth Summit. The first part of Section 5.3 of the document says:

"The growth of world population and production combined with unsustainable consumption patterns places increasingly severe stress on the `life supporting' capacities of our planet. These interactive processes affect the use of land, water, air, energy, and other resources."

When discussing "life support systems", the authors of this document specified concern for the wise use of land, water, air, energy, and other resources. These resources underpin life itself. However, life is a highly complex set of interactive systems on which human existence is ultimately dependent. The collapse of some ocean fisheries, the destructive influence of agricultural and animal husbandry practices on unsuitable lands, and the devastation of tropical rain forests are all caused, directly or indirectly, by population growth pressure. These practices seriously threaten sustainability and, ultimately, human survival.

The EOLSS represents a significant response to the grave concerns expressed at these conferences. It is a concerted global intellectual effort of unprecedented magnitude towards developing a knowledge base, which presents systemic approaches for the development of life support systems that constructively respond to the needs for sustainability and global stability and peace.

Economic and development policies should be oriented, to respect the earth's carrying capacity. In this way human actions will be guided to avoid conflicts between these policies and the Earth's natural systems, which might lead to "global crisis" Instead, the policies should ensure the maintenance of conditions for sustainability of life and global security. The notions of global (international) security and risk have not been defined precisely and uniformly enough thus far, primarily because they involve threats and opportunities that have not been fully realized. Until recently, international security was considered synonymous with military, although it is clear that this is an inadequate definition. There are in fact at least seven different types of Human Security, namely Economic, Food, Health, Environmental, Personal, Community, and Political. The threats to security are also varied and can be military, economic, social, or ecological.

A major premise motivating the evolution of the Encyclopedia is that economic and other development policies should be based on the principles of sustainability, namely: intergenerational equity, intragenerational equity, precautionary principle (risk aversion strategies) and conservation of biodiversity.

In this respect, several knowledge resources are essential for an integrated and comprehensive understanding of the sustainable development paradigm. Naturally, scholars from diverse fields of specialization tend to use different nomenclature to characterize this knowledge. However, the following broad framework has received wide acceptance:


The complex interactions among the various subsystems are shown in Figures 1(a) and 1(b). Figure 1(a) shows the various fundamental dimensions of the sustainable development paradigm, which relies on a wide spectrum of disciplines. Figure 1(b) suggests what has to be sustained by human policies aimed at better quality of life.

The knowledge needed for the understanding of the subsystems for their sustainability is highly interdisciplinary. For instance, to understand the sustainability of the Natural Capital (or Environmental Dimension), one has to rely on disciplines such as Biology, Physics, Chemistry, Geology, as well as Mathematical Sciences in addition to the use of technological tools such as Computer Systems, Remote Sensing, Global Information Systems, etc. as depicted for the sake of simplicity in Figure 1(c).

Figure 1(a): The complex interactions among the different dimensions of sustainable development 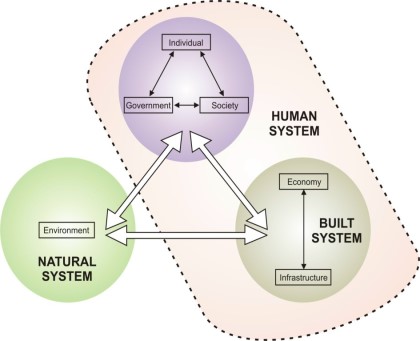 Figure 1(b): The six major systems of the anthroposphere and their major relationships. These six sector systems can be aggregated to the three subsystems:
Human System, Built System (Human Engineered System) and Natural System. 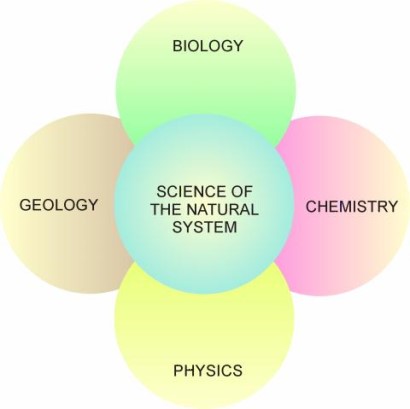 Figure 1(c): An understanding of the sustainability of the natural system lies at the confluence of many disciplines 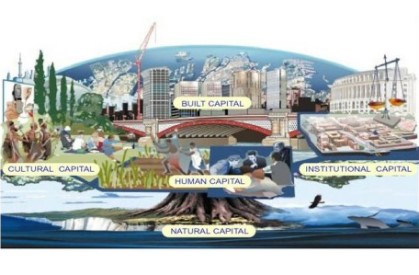 Figure 1(d) shows that the body of knowledge may be referred to the different forms of capital that are essential for sustainable development.

The contributions in the EOLSS present the origins of current life support systems and discuss threats to them.  The authors present up-to-date scenarios, including the state-of-the-art and latest advance in relevant technologies, with predictions and recommendations regarding future trends. There are four time-scales and approaches associated with these systems (Figure 2). This figure may also be regarded as a maturity model for sustainable development.

The far past is associated with inactive approaches in which there is no concern for environmental degradation and sustainability.